Veran is a Canadian-born Aboriginal artist of Apache stock, whose childhood years were spent in the Chirichua Mountains of Arizona. He pursued formal artistic training, earning his Master of Fine Arts Concordia, where he served as the University’s Chief of the Assembly of First Nations. Veran has won several awards for both his artistic and academic achievements. A talented painter, potter and sculptor, Veran now resides in Alberta.

Veran’s designs are original reflections of the rich heritage of North American Indian culture. The symbols represent harmony, balance and nature. Veran’s pottery pieces feature a black rim, in honour of the ceremonial designs of his forefathers.

His Talking Bowls are similar to the Talking Stick of Canada’s Northwest Coast, in that it is a communication tool. Used by two or more people, the Talking Bowl is passed from one person to another, each taking a turn to hold it in the palm of their cradled hands. It is said to help find the words that express what is in the heart at that moment. It is symbolic but also practical 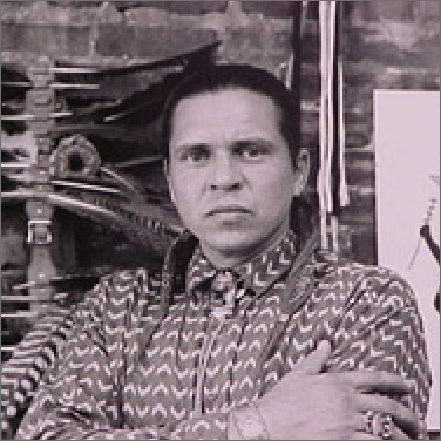